Prostate cancer screening: who should consider it? What is prostate cancer?

In most countries, prostate cancer is the second most common cancer in men after skin cancer and the second leading cause of cancer death after lung cancer. In 2012, over 1.1 million new cases and 307,000 deaths were reported in the United States. One man out of seven will develop prostate cancer in his life.

Most people with prostate cancer have symptoms only in the advanced stage when it is too late for an effective treatment. Cancer usually grows slowly and silently inside the prostate. The Prostate Specific Antigen (PSA), a blood test, might be the only sign of this cancer while non-symptomatic. Usually, the local progression is the cause of early disease manifestations like lower urinary obstructive symptoms (painful, urgent, and frequent urination), bloody urine, and upper urinary obstructive symptoms (renal blockage and failure). The symptoms’ onset may also be due to distant metastasis (mostly backbone pain and bone fractures). Early diagnosis, before the symptomatic disease, like in other cancers, is crucial for a good treatment outcome and survival.

Prostate cancer screening is used to detect prostate cancer before it causes symptoms. When we see prostate cancer early, it may be easier to treat and cure before it spreads. However, it is unclear if early detection reduces mortality rates in the global population (mass screening) because of ambiguous screening results. Let us see why:

We are then aware that PSA may have false positive and false negative results when it is below 10 ng/ml (the most frequent scenario nowadays).

False positive screening (PSA) results (have abnormal results even when a man does not have cancer) can lead some men to get prostate biopsies (with risks of pain, infection, and bleeding) when they do not have cancer.

Moreover, false negative PSA results (average results even when a man does have cancer) can give some men a false sense of security even though they might have cancer.

We must also say that even in patients who get an early diagnosis of prostate cancer, there is the probability of having diagnosed a disease with such a slow progression that it does not cause the patient’s death (harmless cancer).

Then, to optimize the benefits and the risks of the screening, we should consider enrolling only high-risk patients (opportunistic screening) who are aware of the possible benefits and harms of screening.

The preliminary discussion with the doctor about the individual cancer risk and the balance between the risks and benefits of being screened is the first correct step of the screening process.

When and who should be screened for prostate cancer?

The discussion about screening should take place at:

How is prostate cancer screening done?

The prostate-specific antigen (PSA) test and digital rectal examination (DRE) are the two tests used to screen for prostate cancer.

For DRE, the provider inserts a gloved finger into the patient’s rectum to feel any prostate abnormalities. DRE is not recommended as the sole screening test for prostate cancer due to a lack of evidence on its effectiveness, but it may be done in combination with a PSA test.

What are the benefits of prostate cancer screening?

The main benefit of prostate cancer screening is that we can diagnose prostate cancer early and treat it before it progresses and starts showing symptoms or can spread to other parts of the body. When prostate cancer is symptomatic, the timing for curative treatment is generally too late. Since PSA testing has become available, the number of deaths caused by prostate cancer has decreased. Additionally, PSA testing is simple and widely available.

What are the potential risks of prostate cancer screening?

Unfortunately, there is a possible downside to prostate cancer screening. Because PSA levels can increase for reasons other than prostate cancer, getting a “false positive” with a PSA test is possible. A false positive test means that the PSA is high, but there is no evidence of cancer. False positive PSA may cause further unnecessary steps, such as a prostate biopsy, which is more invasive than the initial screening and can lead to complications.

Prostate cancer screening can also lead to overdiagnosis and treatment of the condition. Overdiagnosis means that patient is diagnosed with harmless prostate cancer. Some men with prostate cancer may never experience symptoms or die from the disease, but a diagnosis of prostate cancer could lead to radiation therapy and prostatectomy. These treatments can have adverse side effects for men, like erectile dysfunction (ED) and urinary incontinence. 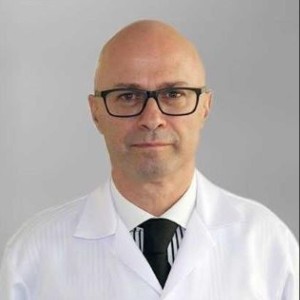 All Posts »
PrevPreviousFoul-smelling urine without pain, what can it be?